It seems to me it would be incredibly tricky to have a north node in the south node house. So a cancer north node (learning about nurturing) in a capricorn house (10th house of business and leadership). How do you balance that which is inherently unbalanced? Or perhaps its easier… you are forced to take a career nurturing people and what be business like at home? The south node would be in capricorn in the 4th house. I guess a career in real estate helping people find the best deal to create families on one hand and a strong presence at home helping children understand business and saving and leadership?

I don’t have this North Node in South Node house (or vice versa) but I’ve seen it in a few charts lately. Do you have opposing houses for the nodes? How do you deal with the challenge? All the people I met were very strong personalities. 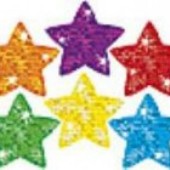